After the opening speech was read, the doors of the model Ivy Glenn were opened, and Scramble waddled down the red carpet. 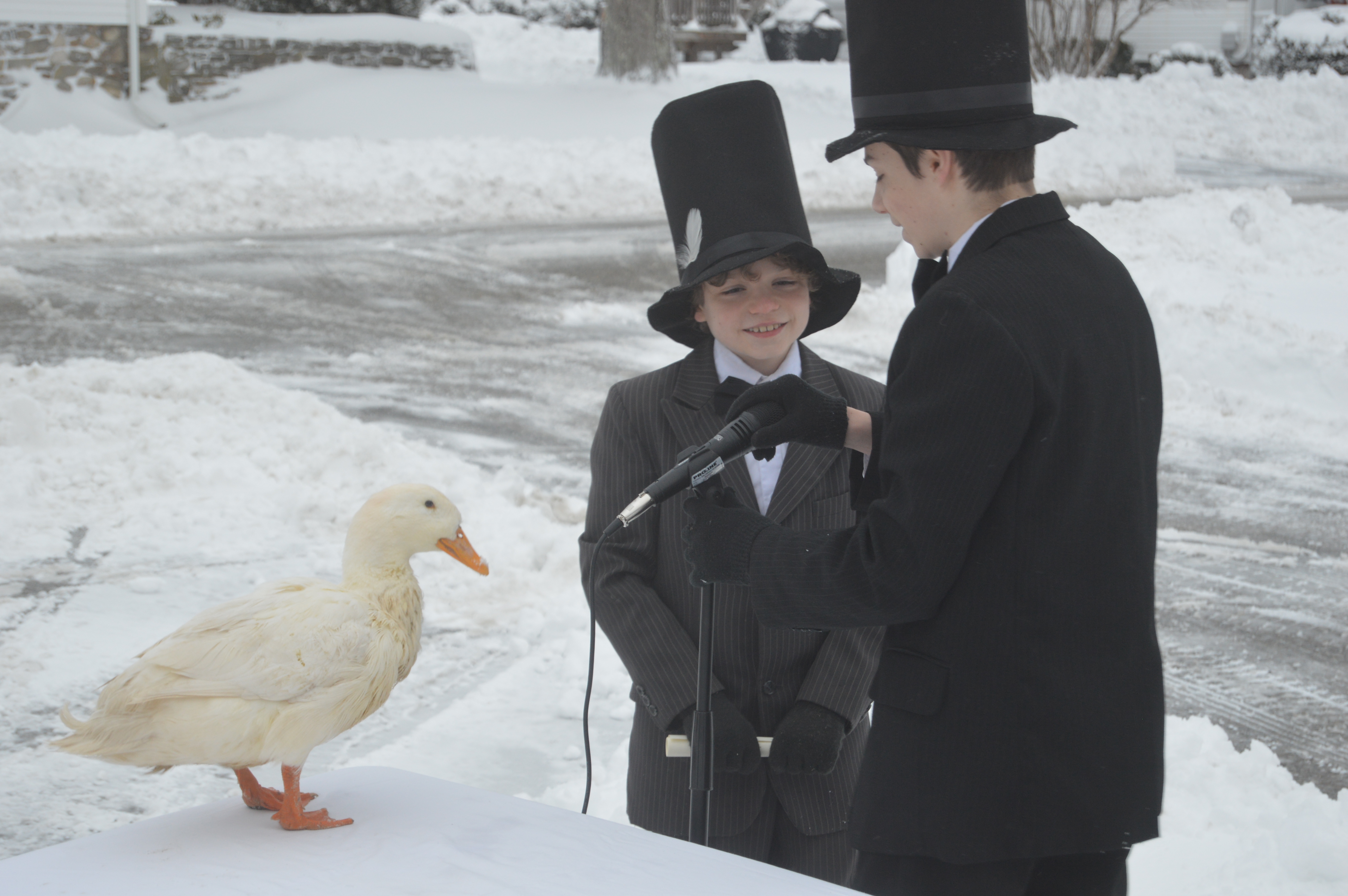 Immediately after, Scramble looked for his shadow, and then told his handlers which scroll to read. The prediction announcement told that Scramble had seen a shadow, forecasting six more weeks of winter. Scramble has made seven predictions, and has a perfect record of accuracy.