How long has Scramble been predicting the weather?

The first year Scramble predicted the weather was in 2015. Due to snow, the roads were closed on Groundhog Day. Scramble made his prediction at the Ivy Glenn on February 3, the next day. However, nobody came to Duck Day that year. The next year, ten people came to Duck Day, and our numbers of attendants has been growing ever since.

How does Scramble predict the weather?

Why can Scramble predict the weather so well? 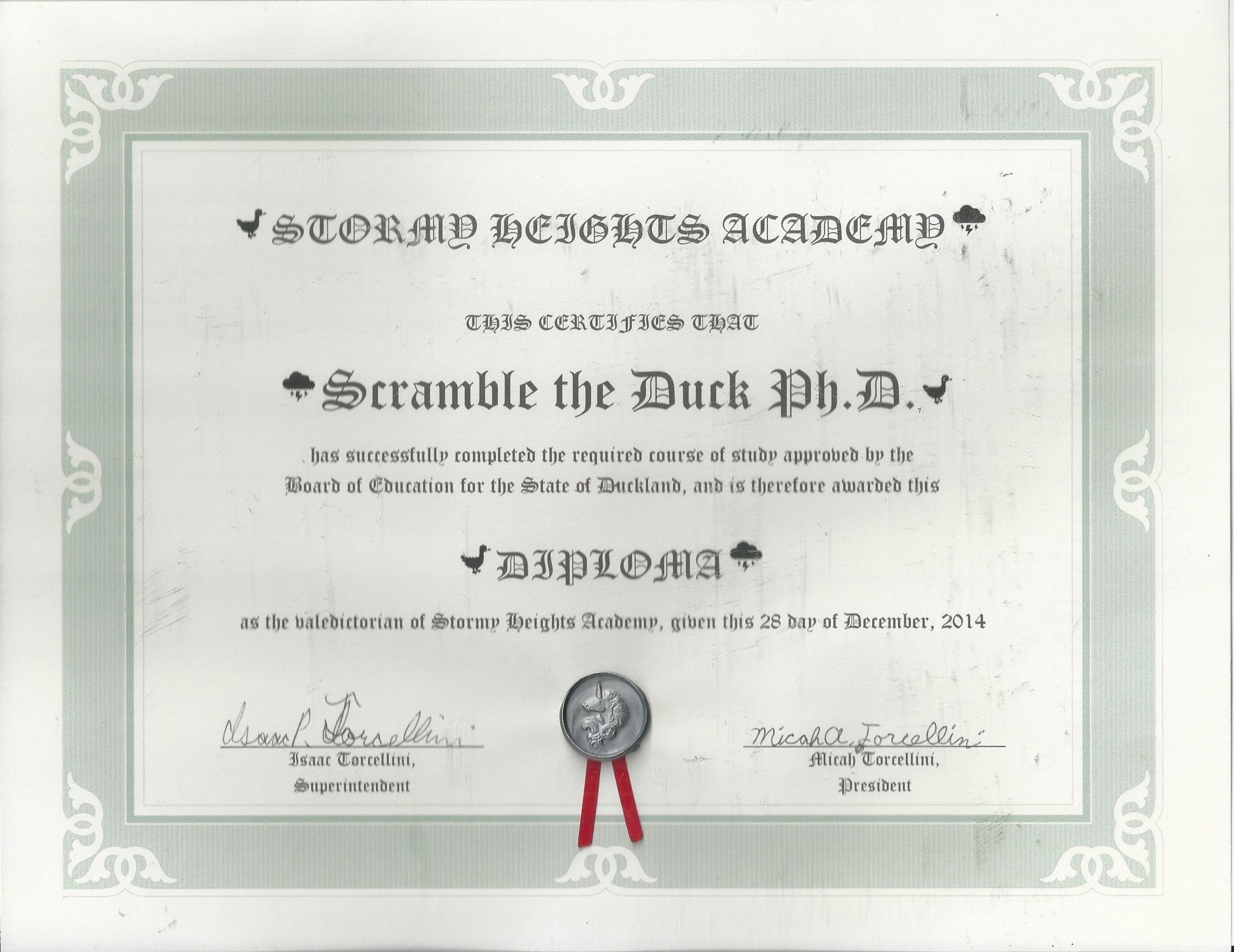 How did Scramble get his name?

When we decided to hatch ducks one summer, Scramble was the only duckling that hatched; and he hatched very late. We were about to throw out the eggs when Pop! Scramble scrambled out of his egg. Because of the scrambling sound he made, we gave him his name.

Whose idea was it to start Duck Day?

One year we read books about Groundhog Day and watched footage of it online. Although we really enjoyed it, it was clear that groundhogs are inferior at predicting the weather. We decided there must be a better way to let the people of America know what would happen for the next six weeks. We had a better way, coming not from the mammalian realm, but from the realm of birds, of superior intelligence. Thus we started Duck Day as a team.

Why do you use a Duck instead of a Groundhog?

Traditionally, in North America, Groundhogs were used for predicting the weather. When we started Duck Day, we decided that ducks are much more intelligent than groundhogs and because they live above ground they know more about the weather. In addition, we have accuracy data showing that Scramble is the most accurate prognosticator.

Why is there a shadow for six more weeks of winter? Wouldn’t there be no shadow?

When Groundhogs first predicted the weather, it was said that they would be scared of their shadow and run back into there burrow for another six weeks. If there was no shadow, they would stay out. Although Scramble isn’t scared of his shadow, he knows best for predicting the weather. For example, if Duck Day is cloudy, the clouds act as a blanket to warm the world. In the other groundhogs’ case, they always predict incorrectly because of camera flash. At Duck Day, we ask for no flash photography while Scramble makes his prediction.